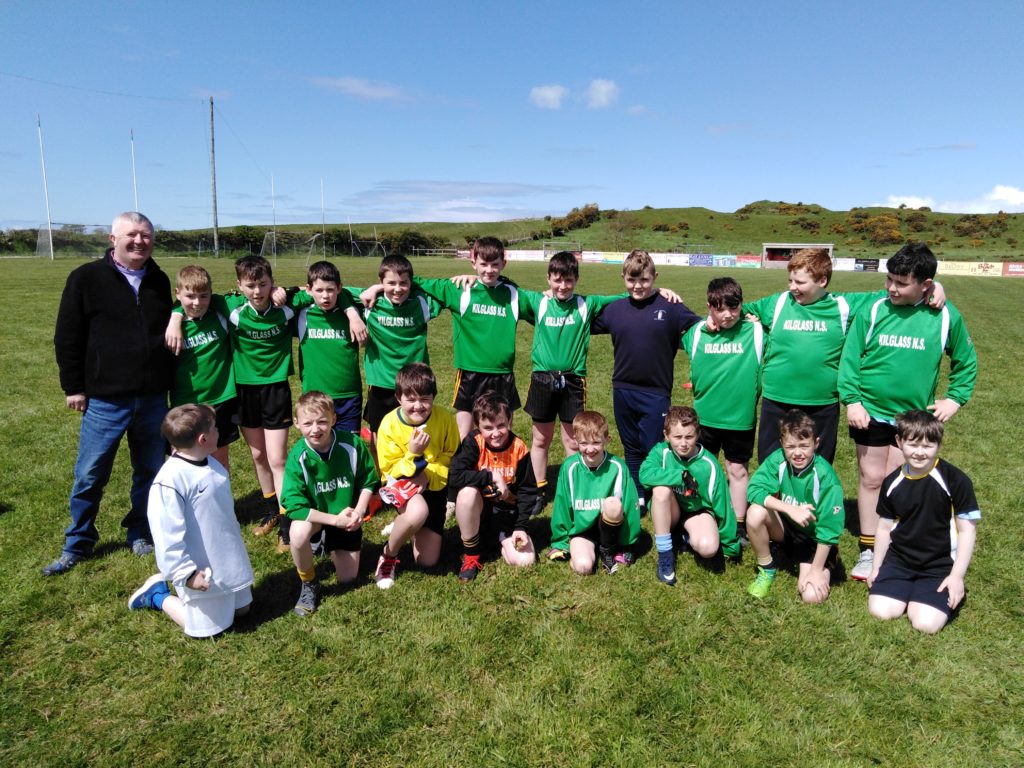 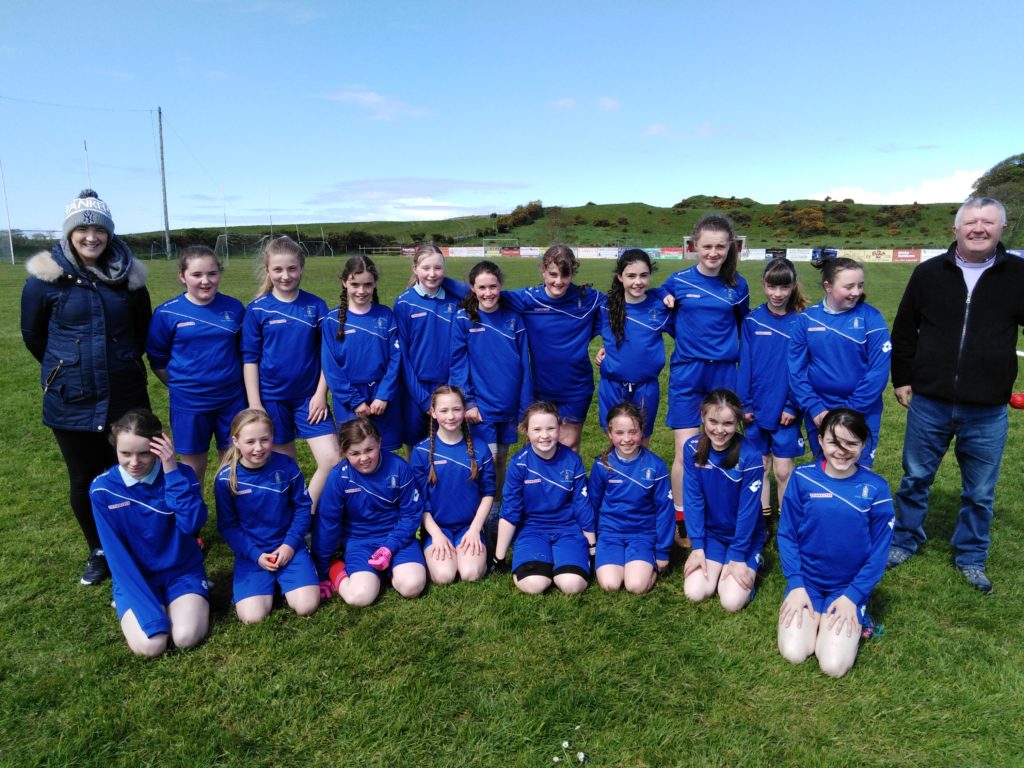 The school football teams have been in full swing this term.  The boys played High Park and Enniscrone.  The boys played with great determination and solid teamwork and showed great sportsmanship throughout the games.  Despite their best efforts the boys were defeated on both counts.

The girls team had better fortune against High Park and Enniscrone.  The coaches Martin and Mrs Lynott were delighted with their performances and attributed their emphatic wins to being “strong in defence and accurate in attack”.    Their next outing was against Achonry in the semi-final which was described as a “battle of the titans” by Mrs Lynott.  After 40 minutes of football, nothing separated these great teams; they meet again on Thursday in the replay.  Go n-éirí an t-ádh libh!

After a superb replay against Achonry which was full of excitement, tension and displays of great skill, the girls from Kilglass N.S. edged an extremely tight game on a scoreline of 5 points to 4.  Maith sibh!  The girls play the final in Kilcoyne Park on Saturday June 15th.  Please come out and support them in their efforts.

Information for students and their families about returning to school