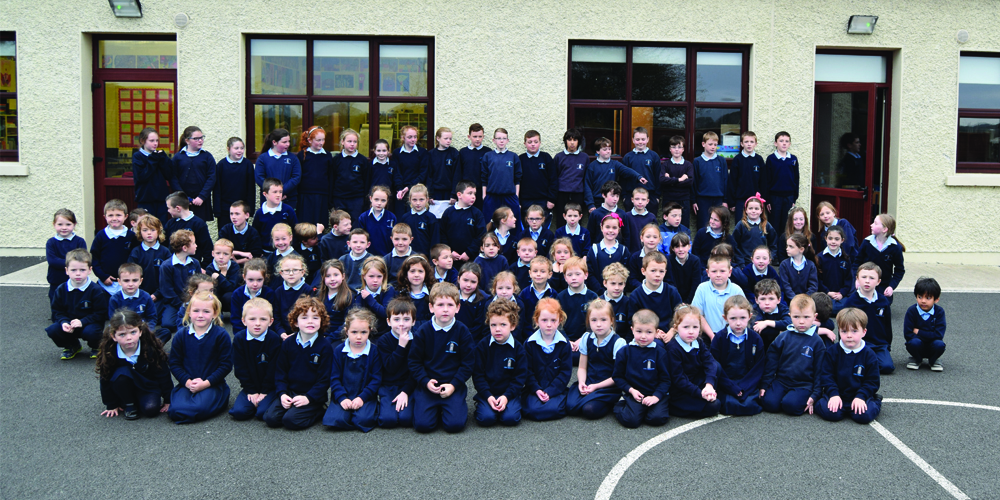 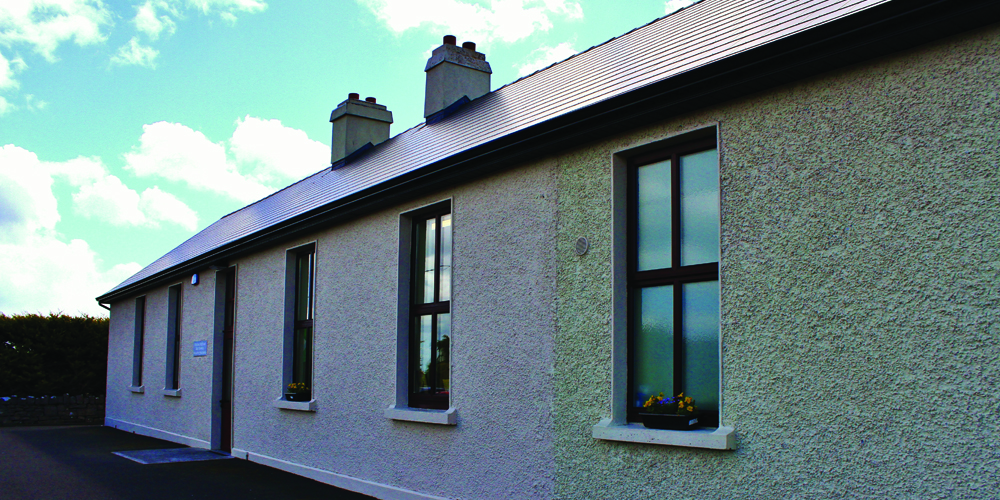 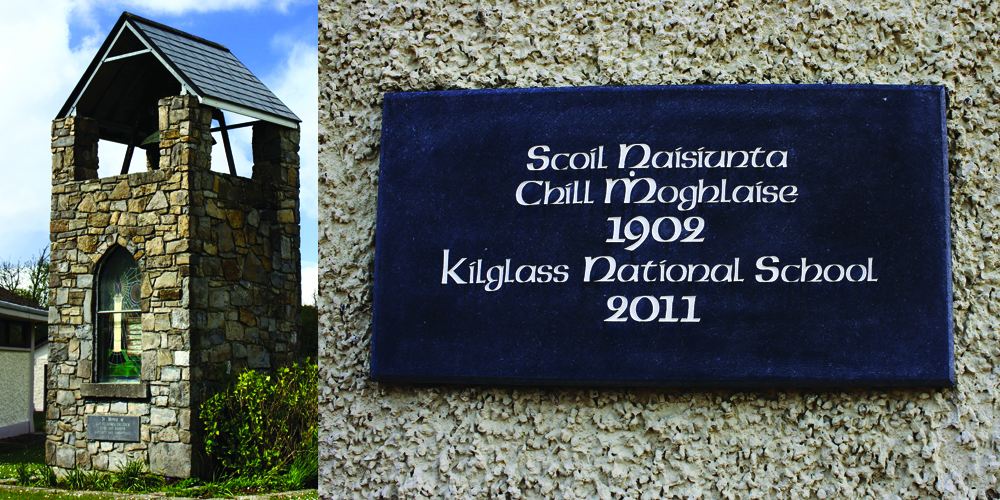 In 1872 a national school was opened in Kilglass on the present site.  At that time it was a thatched structure.  In 1902 a new building was constructed which still survives as part of today’s school.  Subsequently this was extended and remodelled in 1951.

The 1980’s saw the building being re-roofed, rewired and the outdoor toilet block was demolished and replaced by newly constructed toilets attached to the main building.  Later the old shelter was converted into an office and Learning Support/ Resource teacher accommodation.  The play area was drained and resurfaced and the front wall recessed to help ease traffic congestion.  2011 was an exciting year for all in Kilglass   Three new classrooms and an office were added and the existing structure was remodelled.  Subsequently a field was purchased; an astro-turf and basketball court was developed.

A further extension encompassing a classroom, resource room, store room and foyer was added in 2016.  The school built on a lovely new mainstream classroom incl. ensuite toilets, revised entrance hall, office and universal WC in 2020 with an extension to the basketball court taking place in the summer of 2020.

One of the first principals of the school was Mr. Furey who served in the position until his death.  Mrs. Molly Clarke (nee Kilcullen) was principal from 1919 until 1941.  During the war years, Mr. Tom Sheein held the post until 1946.  For the following 33 years until his retirement in 1979, Mr. Michael Bourke, a native of Corrandulla, Co.Galway, was principal.

For most of those years, his colleague on the staff was Mrs. Sheila Casey of Enniscrone, who replaced him as principal and served in that capacity until her subsequent retirement in 1985.

Mr. Billy Varley then became principal in 1985.  He had joined the staff in 1979 and retired in 2014 after 36 years of service and dedication to the school.  Mary Mulhern was appointed in 1985 and continues to serve up to the present day.

Other teachers who taught over the years include Mrs. Foody (nee McKensie), Mrs. Scott and Ms. Fitzpatrick.  Mrs. Stephanie McAnearney joined the staff in 2003 and Mr. Stephen McHugh became principal of the school in 2014. The role of Special Needs Assistant was appointed to Martin Walsh in 2010.

Dr. Jarlath Brennan was appointed principal of Kilglass National School in 2015.  Mrs Niamh Meeneghan joined our staff in 2015, Mrs Catriona Lynott in 2016 and Ms Brogan in 2019.

In recent years the school has acquired the services of a Learning Support Teacher, currently Mrs. Mulhern. Previous teachers include Mrs. Rosaleen O’Malley and Mrs. Chloe McGoldrick.  To facilitate the efficient working of a modern day school, it is essential to have reliable support staff in place and in this regard, Kilglass National School is fortunate to have  Colette Egan (secretary) and Helena Cleary (cleaner).

As one might expect, enrolment figures have fluctuated greatly over the past 130 years, being particularly high in the earlier part of the last century.  It is interesting to note that in the historic year of 1916 there were 90 pupils on roll.  However, the average daily attendance was only 47.  Incidentally, in the following year, teachers had their salaries augmented by a ‘War Bonus’ of 7 pounds (an early form of benchmarking perhaps!).

At present there are 124 pupils on roll.  Projections indicate that this figure will be maintained in subsequent years.

In the mid seventies, the government introduced the concept of Boards of Management for schools.  Prior to this, there had been a sole manager, usually the local priest.  The new Boards are comprised of representatives of parents, teachers, parish and the local community and it was envisaged that the school would be managed by a partnership of these interested parties.

Canon Patrick Maloney chaired the first Board elected in the school.  Kilglass National School broke new ground with the appointment of Mr. Shaun Everett as the first lay Chairperson of the Board of Management.  In the intervening 30 years, successive Boards have worked diligently to ensure the well-being of the school.

In 1872 the subjects taught were reading writing and arithmetic.  The teachers’ timetable was written using pen and ink and dried with blotting paper.  Irish was first taught in 1919.  Today’s curriculum encompasses languages, mathematics, the arts, physical education, religion, social personal and health education and social environmental and scientific education.

In excess of 1000 pupils have passed through Kilglass National School in the years since Mr. Furey first lifted the latch on the little thatched school in 1872.

If the walls could speak there would no doubt be many a tale to tell.  The happiest days of our lives!